July 02 14:24:13, 2020
In 2016, known as the first year of smart city construction, the scale of the security market was further expanded under the promotion of large-scale security projects in smart cities; LCD splicing screens as the best terminal display equipment in the security industry benefited from the boom of security and its application popularity. There are increasing applications of the law in military and police fields, power environmental protection, transportation, water conservancy, education, advertising, entertainment, security and other industries; according to relevant data show that in the first half of 2016 as the main force of the flat panel splicing market, LCD splicing market sales 88.7 thousand units, achieving a growth rate of more than 35%, higher than market expectations. 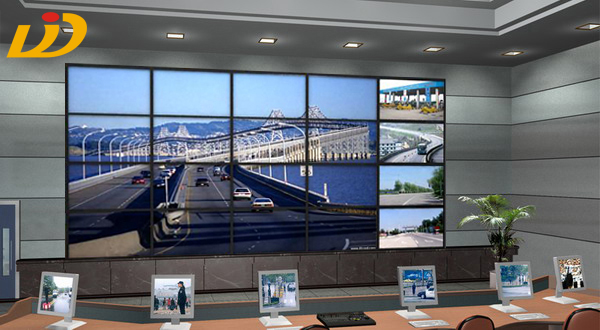 LCD splicing in the large-screen market is an emerging technology that followed DLP and PDP. However, it has grown rapidly and has grown into a product that rivals the traditional PDP, DLP, and other large-screen market players. The market share of encroaching LCD splicing occupies half of the big-screen market! Compared with other displays, the biggest advantage of LCD splicing lies in its high definition, high brightness, high contrast, and high color saturation that other displays do not have. Such as a series of high-quality display advantages such as Emperor Aidi LCD splicing screen products have a high resolution of 1920 Ã— 1080P, high brightness of 700cd/m2, 3000:1 high contrast, 178 degree wide viewing angle to achieve full HD picture display in the market Widely popular with users. With the progress of LCD splicing technology, 4K technology has been successfully applied to splicing screens, and there may be 8K and 16K ultra-high-definition displays in the future.

One tool for a wide range of applications

Easy to use and maintain â€“ minimizing errors and tool downtime