December 31 15:03:58, 2019
According to the British Daily Mail, the new "ice cube" does not dilute or change the taste of the beverage because it is made of stainless steel.
The designer's inspiration comes from the story of using a ball bearing to cool the drink in the early 20th century.

This inert metal block will be favored by connoisseurs, not only to maintain the taste of the drink, but also to dilute the drink. The 51-year-old designer Dave Lethuri is from Massachusetts, USA. He pointed out that I was inspired by the use of frozen ball bearings to play a chilling effect on beverages. In my early design career, I heard about the story of the famous designer Raymond Roe in the early 20th century, who used frozen ball bearings to ice scotch. In addition, I have heard that other famous people use ball bearings as ice cubes in beverages. These ball bearings do not add moisture to the ice to cause the beverage to dilute.

He pointed out that if people want to cool the beverage as soon as possible, you can place a number of stainless steel "target=_blank> stainless steel metal blocks, rinse them after use, and store them in the refrigerator. 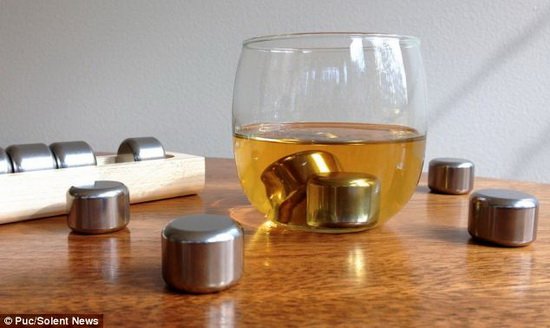