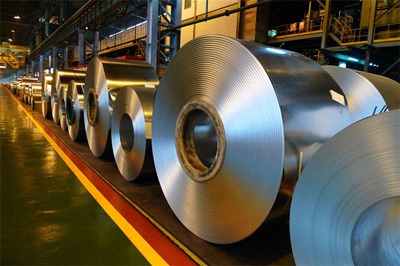 Recently, economic data such as GDP, fixed asset investment, and real estate investment have been announced in succession. A series of positive data has enabled market sentiment to continue. The stock market, futures steel, and electronic trading have sharply increased. The price of new steel products from leading steelmakers such as Angang and Shougang has stabilized. There was a rise, and spot market prices continued to rise slightly. However, experts said that after the recent reintegration of the market, some new situations have quietly changed, the long-short game will intensify, steel market risks are rising, and there may be a narrow range of shocks this week.

On July 15, the statistics released by the National Bureau of Statistics showed that in the first half of the year, Chinaâ€™s GDP grew by 7.6%. In the first half of the year, fixed asset investment increased nominally by 20.1% year-on-year, real estate development investment increased by 20.3% year-on-year, and industrial added value above designated size increased by 8.9% year-on-year. %. A series of positive data continued the market sentiment, and the stock market, steel futures, and electronic trading were sharply higher. In addition, the new pricing policies of the leading steelmakers such as Angang and Shougang were successively introduced, and the ex-factory prices were mainly stable and moderately increasing. Support, spot market prices generally follow up.

The market price of construction steel rose slightly, but there was a slight differentiation in the North and South markets. The northern city of Beijing was affected by the continuous rainy weather and the increase was small. The price once fell slightly. The southern market, represented by Shanghai, was improved due to the advance procurement of some construction sites. The key steel plant Shagang was overhauled and the market arrived less. Some of the specifications are relatively scarce and perform better than the northern markets. The plate market price continues to rise, with the prices of hot rolled coils and plate prices increasing relatively.

However, it is worth noting that, after the price continued to pull up, the market low-cost transactions are still acceptable, the high turnover is slightly unsatisfactory, indicating that the downstream capacity is limited, the upward momentum in the late week has been weakened.

According to the latest data released by the China Iron and Steel Association on July 17, the average daily output of crude steel in the steel association staff at the beginning of July was 1,694,800 tons, a decrease of 3.84% from the previous period; the average daily output of the country was estimated to be 2,083,000 tons, a decrease of 4.50% from the previous period. At the end of July, the key statistics for iron and steel enterprises were 12.7554 million tons of steel inventories, an increase of 73,900 tons from the previous ten-day period, an increase of 0.58%. The increase in steel mills' output and the inventory of steel mills also indicated that market pressure has not disappeared and supply and demand are in conflict. Still continue to exist in this shift.

Ma Guanghui, an analyst at the Lange Steel Information Research Center, pointed out that after some recent reintegration of the domestic steel market, some situations are quietly changing. From a good point of view, first, the effectiveness of environmental protection policies is emerging. Some steel mills have reduced their efforts to reduce production and overhaul, and the market has reduced resources to some extent. This has eased the contradiction between supply and demand to a certain degree. Second, the cost support has increased from the previous period. From an unfavorable point of view, after prices have risen one after another, the upward momentum has begun to show signs of weakness. Both the ability to accept orders and the willingness to accept orders have shrunk. Some of the earlier procurement requirements were overdrawn ahead of schedule. The willingness of merchants to control risk has begun to increase. In addition, after the steel price rose, the profitability of some regions and varieties increased. In particular, the low-cost resources of the second- and third-tier dealers had considerable profit margins. In addition, they were in a sensitive period of ordering payments to steel mills. Under the background of the existence of â€œmoney shortageâ€, it is not possible to exclude some merchants from making profits. On the whole, the long-short games in the steel market will intensify, risks are rising, or there may be a narrow range of shocks.