August 08 02:12:04, 2020
Summary Introduction: Apple's iPhone7 is similar to the previous two generations of iPhone. This generation of "squeezing toothpaste"-like updates is still criticized "Innovative Apple is dying", I believe Apple has already learned...
REVIEW: Apple released the iPhone and similar 7 on two generations of iPhone, this generation of "squeezing toothpaste" like the update is still criticized "Innovative Apple is dead", I believe Apple has long taken for granted. However, Apple's new technology used in these generations of products is definitely not a "squeezing toothpaste", at least in the aluminum alloy shell process, Apple still worked hard. Today we will learn about the progress of aluminum alloy production and processing technology from the iteration of the iPhone.
Although the first generation of iPhone released in 2007, Apple has adopted anodized aluminum casing, and in the notebook computer product line Macbook fully promoted, but it is said that Apple began to carry forward the anodized aluminum technology, and even play out Itâ€™s time to start talking about the iPhone 5 released in 2012. 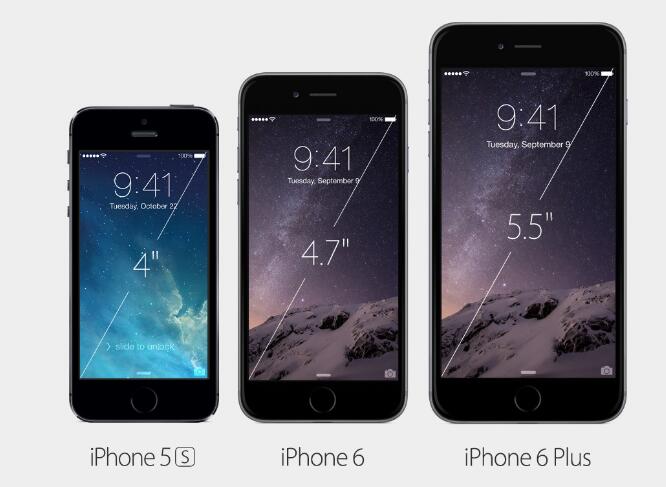 iPhone 5
In September 2012, Apple officially released the first mobile phone in the post-Steve Jobs era, the iPhone 5. The phone gave up Apple's two-generation stainless steel + glass casing, and switched to anodized aluminum + glass casing, and the proportion of anodized aluminum is quite high.
The most intuitive manifestation is that the new generation of iPhone has become lighter. On the premise that the screen is enlarged and the function is enhanced, the iPhone 5 becomes lighter than the previous generation. The weight sense after getting started is no longer there, and it becomes lighter. It will not feel tired when held for a long time. At the time, although the appearance of the new iPhone did not get much recognition, but for the new anodized aluminum casing, everyone still praised a lot.
Apple mainly uses dyeing method in anodizing. First, the aluminum alloy is placed in an acidic bath. By controlling the voltage, current density, bath composition and concentration, the pore size can be 10~100nm and the thickness is a few Î¼m. Porous membranes with a density of 10 in the range of 10 to 10 from 10 to 3 square centimeters per square centimeter, and then electrodepositing metals (metal oxides) or adsorbing dyes in these pores, and finally sealing the pores to obtain corrosion resistance and resistance Grinding, rich color surface protection and decorative layer.
In addition, Apple has also created the application of unibody integrated molding technology on mobile phones. Unibody technology is a one-piece fuselage process, a machining technology that combines aluminum alloy into sheet metal and then integrated into a CNC machine. Unibody turns the phone directly into two parts: the screen and the case. A little more detail is the three-stage back, the upper and lower parts are ceramic glass. This is in line with Apple's pursuit of minimalist style, while Unibody can make the machine thinner, but it also puts more demands on the internal structure of the fuselage, and the signal problem is more difficult to deal with. But Apple did it. All the technology made the iPhone 5 even the best mobile phone at the time, but it must be the most exquisite mobile phone.
However, due to the immature technology, the iPhone 5 formed a large-scale paint-off event after its launch. Due to the immaturity of the anodizing technology in the mobile phone field at the time, the colored layer was not strong, so that some tiny external force could scrape off the colored layer of the outer casing. Unfortunately, at the time, Apple was also unable to do anything about it. At the time, a large number of finished products were ready to be shipped, so there was no too effective solution. Moreover, due to the lack of colorants in the anodizing technology, there are not many colors that can be presented. This generation still has only black and white.

iPhone 5S
After the iPhone 5's paint fading problem caused an uproar, Apple dive to concentrate on developing a more stable anodized coating to prevent the paint from happening again. After a year of "cultivation", the iPhone 5S was launched as scheduled. In addition to the improvement in internal configuration, the problem of paint smear that has been criticized by the previous generation has also been improved. And also brought a new color - gold. Apple has increased the coloring process of the iPhone 5S for the problem of paint detachment. The thickness of the oxidized coating was increased by multiple anodizations. It was measured that the thickness of the anodized coating of the iPhone 5S reached 12 microns, which was much thicker than the iPhone 5. At the time of the listing, someone used a knife to scrape the iPhone 5S. The coating was also very strong and did not fade.
At the same time, the use of new colorants also gives the iPhone 5S a new color gold. This is another example of Apple's use of orders to force suppliers to upgrade their technology. Apple often forces suppliers to upgrade their production technology through large orders, and even purchases equipment for suppliers. This business model is quite similar in the world. Rarely, while a large number of iPhones are being produced, the anodized aluminum technology for mobile phones is also rapidly developing, and the cost is rapidly declining. Other manufacturers are riding this trend to mass produce mobile phones with anodized aluminum casings, and then Apple has once again created a The trend, repeat this cycle again. This also makes Apple always lead the industry trend.

iPhone 6
The use of two generations of anodized aluminum has made Apple taste the sweetness, making it a bolder attempt. The latest model, the iPhone 6 released in September 2014, simply removed the two pieces of glass from the top of the machine and completely used anodized aluminum.
This generation of iPhones gave up the angular design and returned to the sleek design of the 3GS era, which is a new challenge for the anodized aluminum casing. It turns out that Apple handed over a very good answer. Compared with the two predecessors, the iPhone 6 has a qualitative leap in the feel, completely without the feeling of the first two generations of cutting hands. At the same time, the combination of the use of the sandblasted anodized aluminum casing and the sleek fuselage is a perfect match. Even in the case of a large increase in the size of the body, the weight of the iPhone 6 has not increased but has been reduced, even if the appearance is very controversial, but from the first hand, the iPhone 6 was leading all opponents at that time. .
However, just as Apple was happy to solve these two problems, a new problem reappeared. Many people find that the strength of the iPhone6 â€‹â€‹is not enough, and it is easy to be "sitting". This is due to the lack of strength of the 6000 series aluminum alloy used in the iPhone. The alloy can only guarantee deformation without the force of 30 pounds. The weight of a person is much higher than this number, so it is quite common to be bent. This is an unavoidable flaw in the iPhone6's hot sale in the world, and it has allowed Apple to study the improved methods again for the rest of the year.

iPhone6S
In the year of research and development, in September 2015, Apple handed over the answer sheet. In addition to the use of 3DTouch, the iPhone 6S seems to be lacking in appearance, and there is no obvious change in appearance. Apple has also been criticized by the outside world for "squeezing toothpaste." But in fact, Apple has done a lot of work in places that are invisible. The outer casing process is evident.
This time, the iPhone6S brought a new color rose gold, which also means that the anodizing coloring technology has developed to a more mature stage, which can create more colors. And the previous generation has been criticized for "sitting the door," and Apple has made a change.
The iPhone6S abandoned the use of the 6000 series aluminum alloy and changed to the 7000 series aluminum alloy. 7000 aluminum alloy can also be called aluminum magnesium zinc copper aluminum alloy or super hard aluminum, and the labels are also different depending on the content. The iPhone6S is mainly used in the 7075 alloy. This aluminum is mainly used in the aerospace and military industries. In recent years, with the promotion of aerospace technology in the civilian field, the material began to be in consumer electronics with higher design requirements. Appeared in. 7000 aluminum can be regarded as the highest strength of industrial aluminum alloy, and its strength even reaches about 2/3 of what we call steel (industrially called A3 steel). One of the important reasons for being favored.
But 7000 aluminum alloy still has its own weaknesses. Its high strength and high strength increase the difficulty of CNC machining, resulting in an increase in manufacturing costs. In addition, the surface adhesion of 7000 aluminum alloy will be slightly lower than that of 6000 aluminum alloy. There is thus a risk of falling paint. Fortunately, Apple has had experience, thickening the anti-oxidation layer to solve this problem. At the same time, the corrosion resistance of 7000 aluminum alloy will be worse. The addition of anti-oxidation layer can protect iPhone from oxidizing liquid such as sweat, which makes the new iPhone have a consistent appearance and texture.

iPhone7
The iPhone 7 has been officially released on September 8, 2016. In addition to retaining the original four colors, the new machine also adds a new color to the piano black. There are many black metal mobile phones on the market, and there are countless anodized aluminum mobile phones, but the combination of the two, plus the mirror polishing process, the iPhone7 is the first.
Although the piano black itself is still black, the use of the polishing process can produce a mirror-like effect on the surface, which can preserve the texture of the metal, but at the same time reveal the visual sense of glass and ceramic. Apple really played the anodized aluminum technology this time.
The piano black process is mainly like this: after the metal body CNC is processed, the polishing process is first performed to make the mirror surface as smooth. Anodized coloration is then carried out using a very saturated black paint. Polishing and polishing is performed again after anodization. According to Apple's official website, this process has gone through nine precision processes. Apple's obsession with the appearance of innovation can be seen, and the sandblasting anodizing process has regenerated a new "playing method" in today's highly popularized.
It is foreseeable that there will be many mobile phone manufacturers to choose to follow after the iPhone7. Soon after, this kind of mobile phone will be full of the market, which is also the "magic power" of Apple.
Summary From the iPhone iteration process over the past few years, we can know the leap forward in the production and processing technology of aluminum alloy mobile phone casings, and also understand that Apple has used a large number of orders to force manufacturers to improve production technology, and even provide equipment for manufacturers themselves. The pattern is actually quite successful. It turns out that the pressure from customers is more than any help and funding method. It is believed that with customers and aluminum alloy manufacturers like Apple constantly cultivating and innovating in this field, aluminum alloys will have unlimited possibilities. 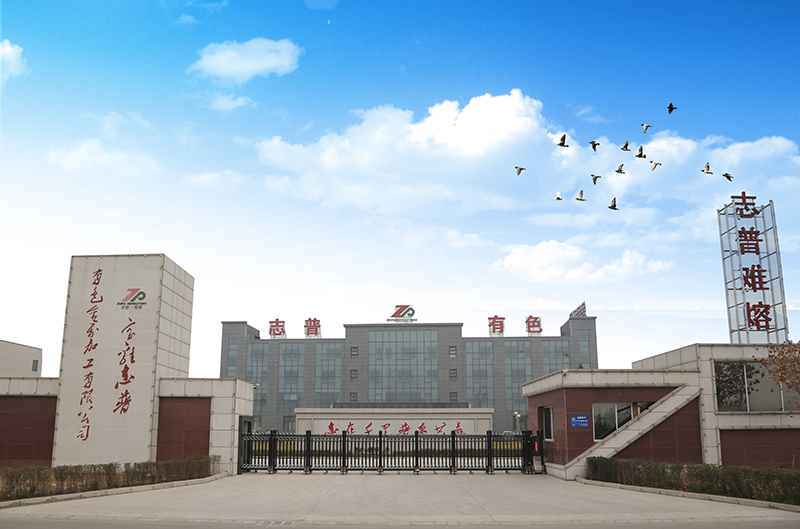 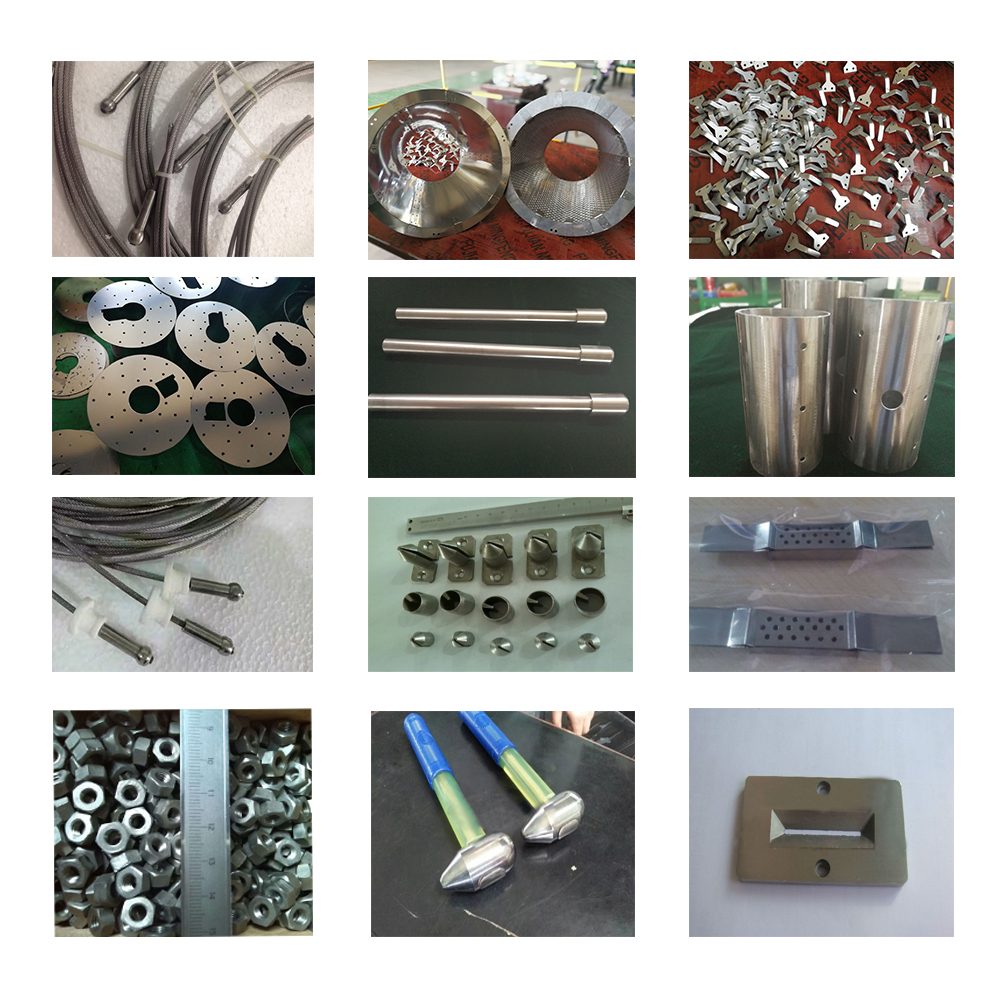